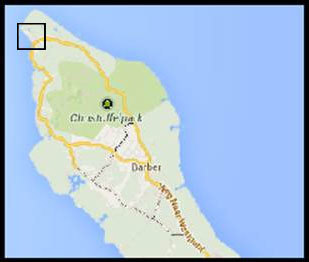 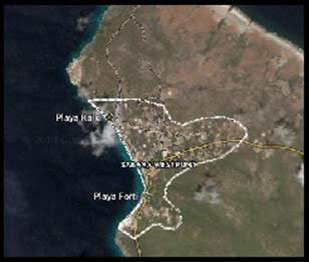 Westpunt is a small village at the very north of the island, which is known for its natural beauty. The village is relatively quiet and very touristy compared to other parts of the island. West Point looks like the rest of the island: a tropical savanna climate. This type of climate is characterized by a wetter and drier period. The second half of the year is a lot wetter and there is a higher humidity. In this period, tropical storms and hurricanes can occur sporadically. The temperatures are constant throughout the year, and day and night are only a few degrees apart. West Point has many mansions situated with stunning views over the countryside with large lots. The scenery is beautiful, there are fewer people and is therefore much quieter than other parts of the country.

The village attracts many islanders to the holiday villas. The beaches around West Point are breathtakingly beautiful, like the white sands of Knip Beach, the limestone cliffs of Playa Kalki, and the clear water in the bay of Playa Jeremi. West Point beach itself consists of gravel and serves as a harbor for local fishermen. The local fishermen put their boats on the beach and sell their fish there. The area around West Point is ideal for superb diving and snorkeling trips.

Near the village of West Point is St. Christopher Berg, located in the Christoffel Park. Christoffel Berg is a mountain named for Christopher Columbus, and the highest point of the island with a height of 372 meters. This is the number three highest points within the Kingdom of the Netherlands. From the top of the mountain overlooking the Caribbean Sea you can see some of its smaller islands.

Adjacent to the Christoffel Park is the beautiful National Park Shete Boka (seven coves or bays). This park was established in 1994 and covers approximately 200 acres. The area covers more than 10 miles from the rugged north coast of the island. There are a dozen coves and inlets where three species of sea turtles lay their eggs and where seawater angrily pushes against the rocks of the country.